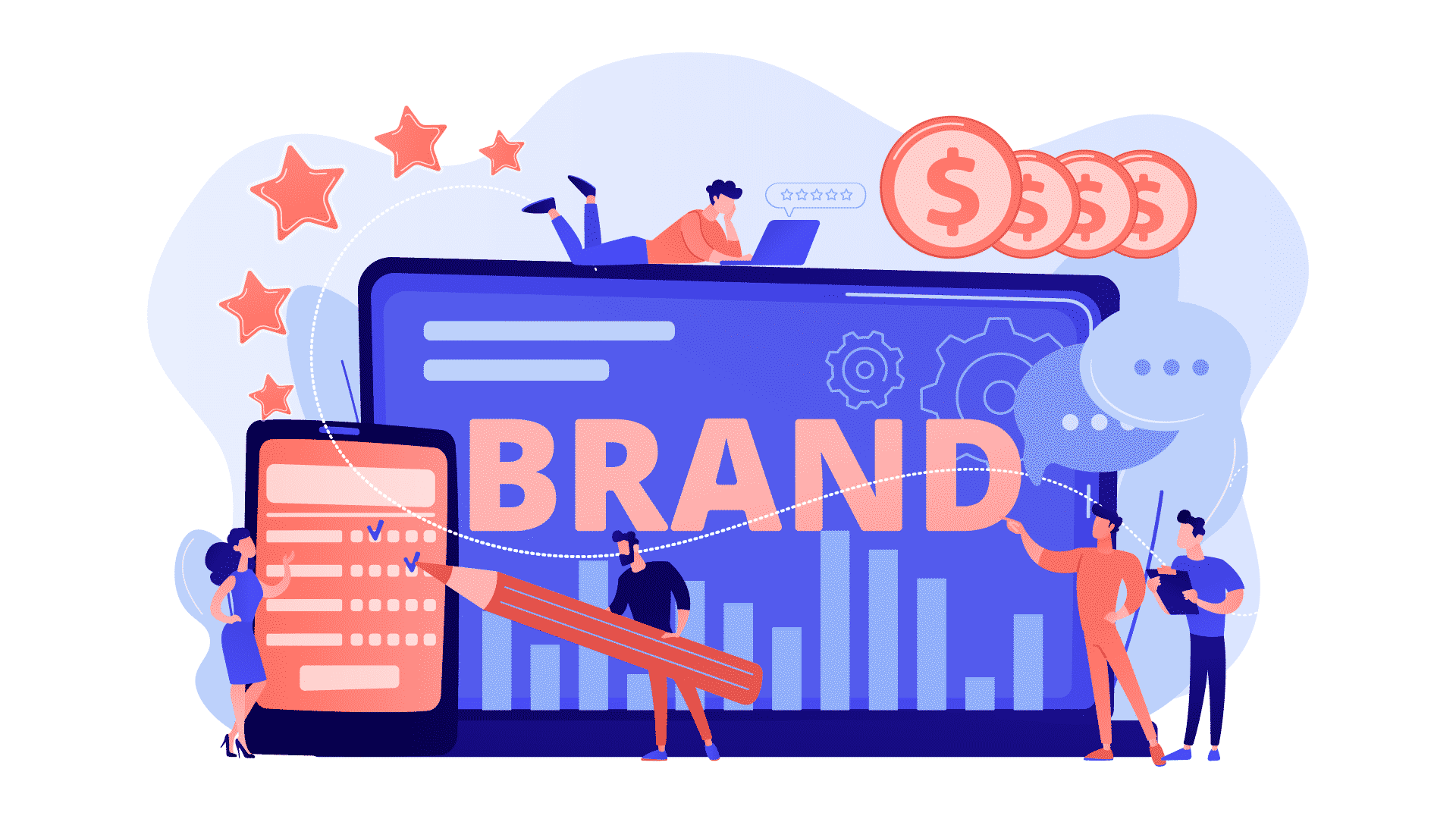 How powerful is your Brand Name? The Brand name is inseparable from the brand-building process. Branding Strategies are the backbone of lead conversions, customer loyalty, and business growth. A brand name, design, color, typography, and other brand-building strategies help build businesses from 0 to infinity.

On this page, we have listed 12 inspiring Brand Name Strategy Stories. They include various international companies that have benefited from the right branding strategy. You, too, can score your success card with the branding experts. If you have a company in Dubai or a branch in the UAE, strike success like our prestigious family of clients.

Rebranding is power today. Stagnant companies have found their sales graphs and social media platforms shooting in the right direction within weeks of a brand name change. If this brand-building change is for the better, why not go for it?

Every brand name will have a hilarious story to say. The same goes for the prestigious Google company that we all know today!

Did you know that the first name suggested was BackRub-before Google? The founders, Sergey Brin and Larry Page went on a super-nerdy wave to experiment with the search engine brand names. They suggested BackRub signify the significance of back-linking on a website.

However, the Rub didn’t seem to work, and that changed to Google later on in 1997.

In 2021, the latest in the series of brand-building strategies is Meta. With the core idea of connecting the entire world over the web, Mark Zuckerberg felt Meta was more powerful than Facebook.

Although Facebook is famous for its futuristic connections across various social media platforms, this Metaverse evolution would augment the real magic behind virtual reality development. This will be where we as humans interact. Businesses will gain momentum. Entrepreneurs, creators, and influencers can enable mixed digital visions just through their digital gadgets.

For foodie lovers, Zomato is no new name. This online food listing and delivery platform feeds millions of people and was a lifesaver for many during the pandemic. But they did not always call it Zomato.

Back in 2008, it was named Foodiebay by the founders, Pankaj Chhadah and Deepinder Goyal. In 2010, a massive brand name strategy had been enforced. The new brand was called  Zomato. This added a zing to the name, showing reliable, fast delivery and taking the business to the next level. See the power of brand-building!

Some names are close to our minds, especially if you are a regular software user. McAfee was a fine product born in 1987. It was meant to be the go-to source for software security, and people loved the performance.

But somehow the business graphs did not scale up well, and Intel acquired McAfee in 2010. With that, they rebranded the name from McAfee to Intel Security.

Alongside, they changed their business strategy, went public, and also focused on consumer cyber security.

Defying the traditional mode of courtship, Tinder was formed in 2012. It was meant to let strangers meet, and fall in love.

However, at first, they called it Matchbox, which obviously meant “to set hearts on fire.”Later on, the love bug did not seem to work out. With a rethink, they rebranded the online matchmaking service to the name Tinder. This was a quick click on and people have loved this style of meeting new people.

Any donut lovers out there? Dunkin’ Donuts is just for you then!

They formed this delectable donut company in 1950. Initially, it focused on donuts and coffee only. By 2020, they plan to expand all over the USA.

By 2019, they rebranded it to just Dunkin to incorporate their other products as well. Today, they serve coffee along with bagels, donut holes, and even breakfast options.

Online shopping is the need of the hour. When excellent money-saving deals catch your attention, can you avoid them?

In 1994, Jeff Bezos planned Cadabra because he wanted a magic twist to his company name. However, his lawyer mentioned the word “has a negative meaning.” So, a few months later, he changed it to what is now called Amazon.

The name envisioned the large capacity of the company—just like the Amazon River. Additionally, he wanted the letter A so that it remains at the top of the eCommerce portal listings.

The software services giant Accenture was part of a huge rebranding strategy in 2001. Previously, they labeled it Andersen Consulting.

The rebranding was a part of the growth marketing strategy. It conveyed the idea that their software products and services will accentuate, or rather promote, organizational work processes. This outperformed the traditional consulting services. From then on, they could serve various industries seamlessly.

Netflix, the video streaming behemoth, had a miserable start. The founder, Reed Hastings, had messed up his marketing strategies in 2011.

Qwikster was grown the DVD rental business but failed miserably, leaving consumers in panic. Later on, DVDs had to be sidelined. Streaming videos became the major attraction. They named this Netflix. It clicked to be one of the top-rated entertainment digital platforms until today.

The Lance Armstrong Foundation began in 1997 with a mission to help cancer survivors get back on track. Unfortunately, after a few miscalculations, this company went downhill. Naturally, it was time to save it.

Later, to save it, in 2003, they rebranded the company name to Livestrong Foundation. This brand name change helped them revive the business for a while.

Branding Strategy from AuctionWeb to eBay

Just like Amazon, another eCommerce giant that hit the newspaper headlines was eBay. This multi-dollar business entity features online shopping and also an online auction wing.

Initially named as AuctionWeb in 1995. Pierre Omidyar, who enjoyed creating this idea as a hobby, started it. As it became phenomenally bigger, they renamed the company eBay.com.

The healthy sandwich from Subway has revolutionized the idea of conventional sandwiches. These made-to-order, submarine-sized sandwiches have always added value to each bite.

About 50 years ago, they called the food chain Peter’s Super Submarines. Ideally, it started as the submarine sandwich idea. Peter Buck planned to support a college student to do business and pay the tuition fees.

Later on, they tweaked the name as part of the franchise brand name-building strategy and developed the Subway. This has never let them down ever since. Today, it is one of the best, healthy versions of breaded meals you can enjoy on the go.

The world has seen it all. From goofy names to cute ones and yes, the attention seekers too! We are talking of the right brand name that connects with the audience and also reflects the brand.

So are you thinking of stepping up your branding journey? Welcome! You have reached the right blog!

With the pandemic keeping entrepreneurs on their toes, they need to get noticed, stand out, and yep, earn revenues. This is where brand names play a role, and with us, you too can get on the right track to upscale your business ideas.

If you want to strengthen your business model, this is the right time to implement a new, re-energized brand name strategy. Sit for a quick discussion to find out more about the branding ideas for your company.