The world through virtual lenses

Today virtual and augmented realities are widely discussed in the field of technology. Although not the same, virtual reality is an immersive multimedia which replicates an environment that simulates a physical presence in places in the real world or an imagined world, allowing the user to interact in that world. Augmented reality, on the other hand, is alive, direct or indirect view of a physical, real-world environment whose elements are supplemented by computer-generated sensory input such as sound, video, graphics or GPS data.

For instance, IKEA was amongst the first companies to make use of augmented reality, they introduced IKEA PLACE, and this app uses the Apple ARKit which allows customers to virtually place furniture in their own homes to see how things might look before purchasing it. This is indeed a very smart integration of augmented reality into furniture shopping. As furniture is less frequently purchased and tends to be expensive, such an innovation helps to reduce 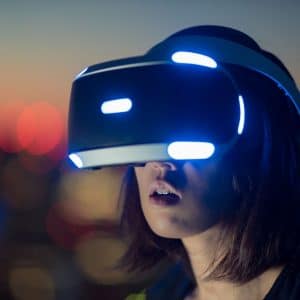 This is indeed a field of technology that is rapidly progressing today.In 2015, the social media giant Facebook launched the Oculus Rift which are basically virtual reality goggles that work with gaming desktops or laptops.Picture a set of ski goggles but instead of miles of fresh powder, you’re transported into space or underwater. The Rift accomplishes this using a pair of screens that displays two images side by side, one for each eye. A set of lenses is placed on top of the panels, focusing and reshaping the picture for each eye, and creating a stereoscopic 3D image. The goggles have embedded sensors that monitor the wearer’s head motions and adjust the image accordingly. In the case of iPhone’s almost anyone can use augmented reality, if you have the right apps for it, thanks to iOS 11 and Apple ARKit. A number of apps use augmented reality such as World Brush, Fitness AR, Magic Plan and Kings of Pool.

Hence virtual and augmented reality takes technology to a whole new level and can be used widely in the field of education,administration,gaming,shopping etc to give customers an almost “natural experience”.