Facebook seems to be evolving with various changes that have been introduced recently.

Well on Friday , Facebook announced that they would be taking down the ‘Trending’ platform which was introduced in the year 2014 on their website which is typically located on the right-hand side of the desktop page. This module displays a wide array of news stories and latest updates that people discuss and share.

However the reason for their action being, “From research we found that over time people found the product to be less and less useful,” Facebook’s head of news products, Alex Hardiman, said in a blog post on Friday. “We will remove Trending from Facebook next week and we will also remove products and third-party partner integrations that rely on the Trends API.” 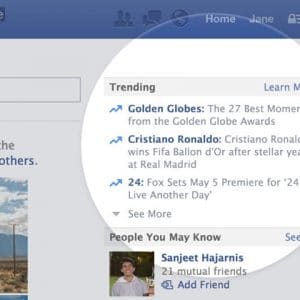 The Trending box was also subject to a lot of controversy and criticism back in 2016, after Gizmodo published a report saying that former Facebook editors — who were able to curate headlines, to a degree — claimed they “routinely suppressed” conservative stories. Also the trending section was always looked down upon and often remarked as running a day later than Twitter as news updates seemed less brisk and crisp unlike Twitter. Facebook said that the module accounted for less than 1.5% of the clicks to news publishers.

On the flip side removal of this redundant platform may also pave way for other resourceful news platforms.